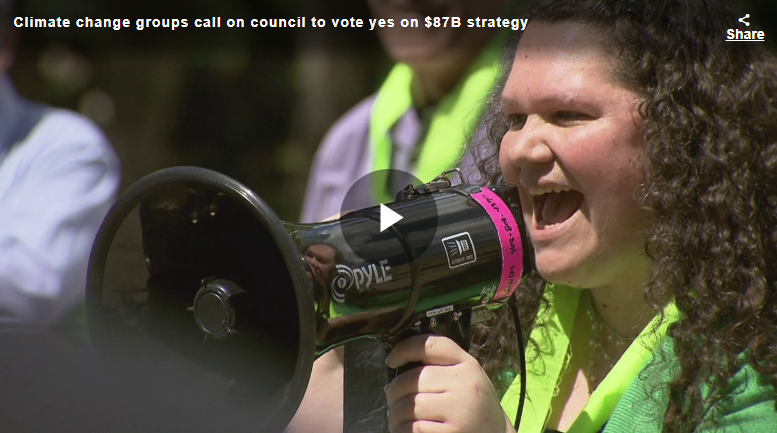 In 2021, the City of Calgary joined more than 2,000 international and Canadian jurisdictions to express their commitment to address climate change.

Dr. Beth Stovell with the Calgary Alliance for the Common Good was at the rally outside City Hall, and says it will ultimately cost Calgary more not to address the climate problem.

“This would include something like if you decided to get an electric car, that would be part of that number and it also doesn’t fully see the other side which is how much climate change actually costs us,” she said. “So, if we think about the cost to how much we spend ratio, it’s actually good for our economy, rather than bad for our economy to do this.”

Rob Tremblay, co-chair of the Calgary Climate Hub, was also at the rally, and adds adopting this strategy is important for the future of the city.

“It’s about, for sure, combatting climate change, but it’s also about future prosperity for Calgary, so it’s really important that council knows that Calgarians are behind this, and that Calgarians support this strategy,” Tremblay said.