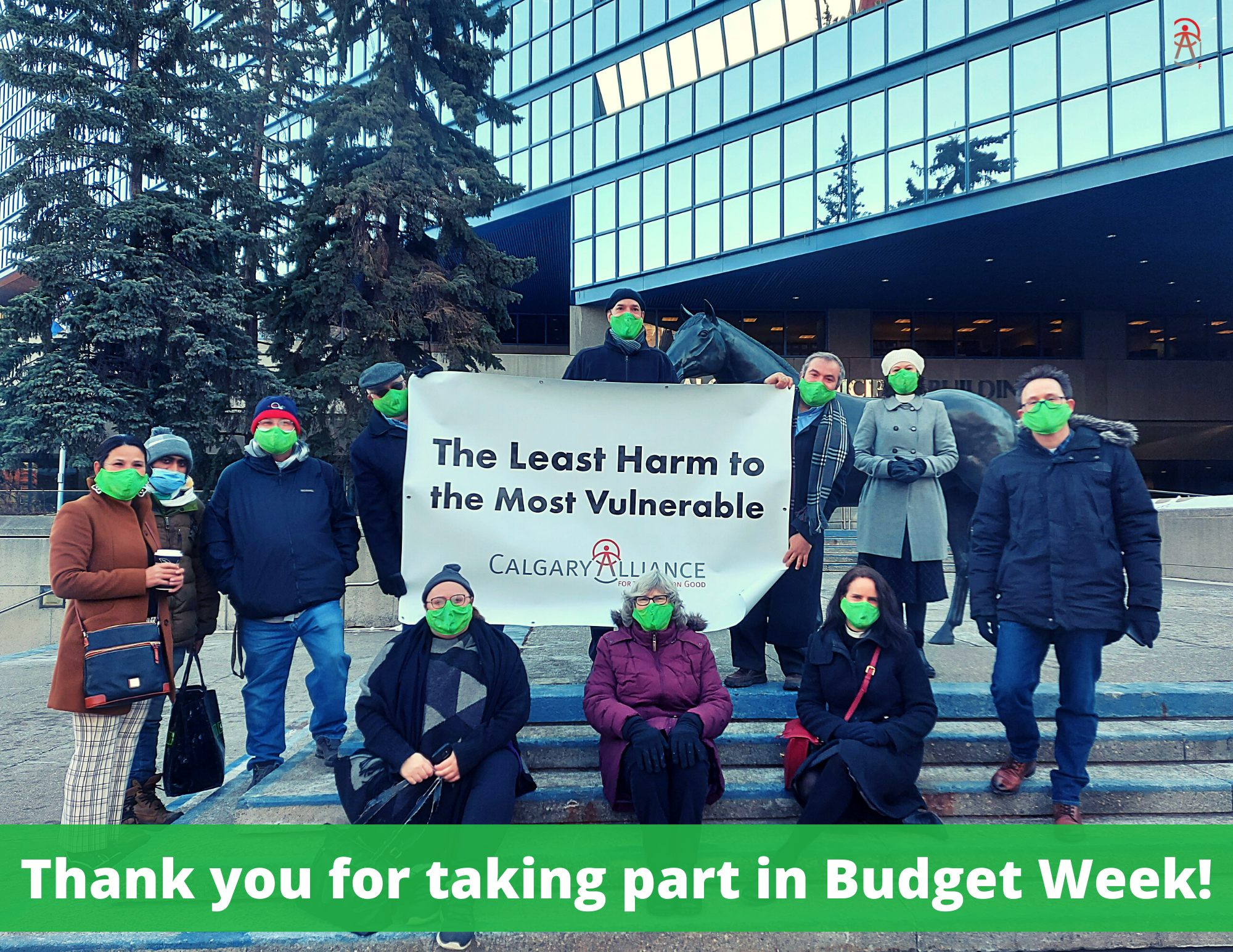 We had a very successful campaign around the Calgary City Budget. Here is a summary of the successes:

The budget that passed will set aside $8 million dollars for alternative call response and $2 million for the police to address issues of racism internally. The $8 million will come from reserves. This means that money is now in place for the PACT team expansion, funding for the DOAP team and the expansion of the Indigenous Liaison Officer Program. Now, that money is in place, we will need to continue to work with the police to make sure this is translated to an expansion of these programs.

Least Harm to Those Made Vulnerable

Our members did a lot of great work before budget week in order to confirm that the budget that was put forward already reflected our priority, which was that cuts would do the least harm to those made vulnerable. A budget with these priorities was passed. We still have concerns that the practice of contracting out services will push people out of good jobs, and make them vulnerable by replacing these jobs with minimal wage jobs resulting in profits leaving our city.

We didn’t see any movement towards ensuring that the four large capital building projects are built to the highest environmental standards possible. We are expecting that movement on this issue will come after the new year when the sustainable policy comes up for review and reports on these projects happen.

A learning from this campaign is how important relationships are to the work we do. Much of our success came from work people did to build relationships with city councillors and city administration. Our Assembly also had a large and critical impact; the Mayor, City Councillors, Senior City Administrators and the Police all expressed how impressed they were. This helped to cement our public working relationship with them and bringing them together with all of you helped secure their commitments.

Our shared accomplishment is a consequence of the many ways that you all contributed to this work. Whether it was an email to a councillor, a letter to the police, showing up to our assembly, meeting with the mayor, building a relationship, telling your story, giving financially or coming out to an action – each of our contributions added up, allowing for change in the priorities that shaped this year’s budget and contributing to a budget that considers the least harm to the most vulnerable. So on behalf of the community, a very big thank you!