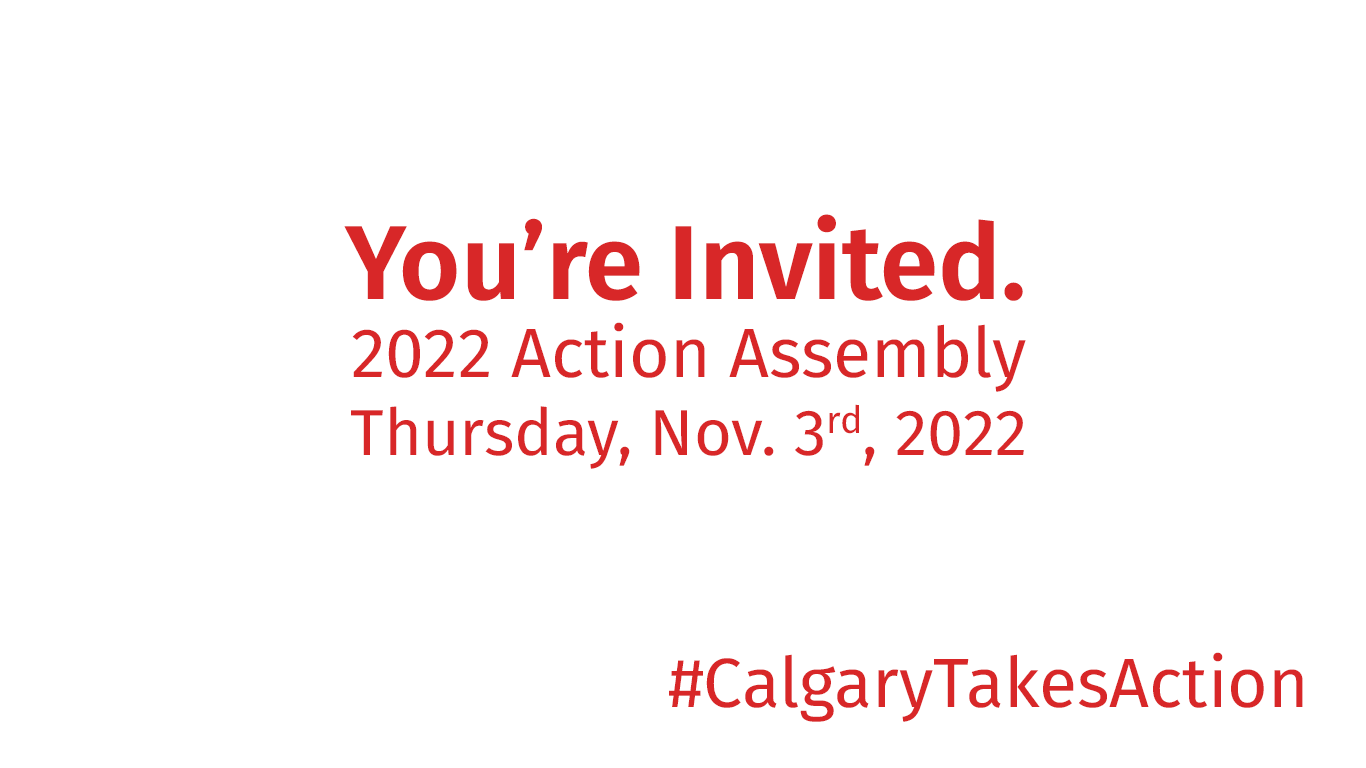 Every four years, councillors sit down with the mayor and work on a budget that’ll guide the city’s finances. Between now and 2026, the fiscal direction of our city will be largely set, determining the fates of many programs, infrastructure and how we choose to shape our city, with only minimal changes each year in between.

This is a pivotal point in our city’s history and a moment that requires your attention. We have choices ahead of us as a community.

On Thursday, the two of us are co-chairing a meeting that brings together organizations from across the city representing our neighbours and our friends to discuss pressing issues that are affecting our community. This process began with our listening campaign earlier this year, where we gathered with our 30+ member institutions and 30,000+ Calgarians to hear what our city needs to be a place for everyone to live, grow, and experience safety.

And what we heard from our listening campaign was troubling. Of course, we heard about the same issues that fill our newspapers and media: the efforts to revitalize a downtown left behind by members of our corporate leadership, an ever-burgeoning sprawling city, cuts to public education, a mental health crisis, safety on transit and more.

But also we heard a voice that has been often missed in these reports. This is the voice of Calgarians who are first venturing into public life such as students, youth, and those starting out in the workforce. They want to be able to afford to live in our city; have predictable, affordable and accessible transit getting them to school, work and allowing for a full life. They want to see the city’s leadership follow through on the commitments from last year’s climate emergency declaration. They want to see our city’s leaders financially support policies that support Truth and Reconciliation.

Both of us have children. The decisions that our city councillors and mayor make now not only impact our children today, but have lasting effects on the city they will experience as adults. But these decisions can also plant the seeds of change that can blossom in our children’s generation. Some of this work will take time, but it’s the work that we do now that benefits not only this generation but the next and the one following after it.

When we speak of our children, we also remember the children and other family members of those in the Indigenous community who have gone missing or have been murdered. The National Inquiry on Missing and Murdered Indigenous Women and Girls report offers specific Calls for Justice that we want to press our city council and our Calgary Police Service (CPS) to fulfill. These Calls for Justice inform our requests for Indigenous Liaison officers across the city, funding for an Indigenous Relations Unit, and culturally appropriate, trauma-informed training for the CPS. Such changes help to make all Calgarians safer and better understood by the Calgary Police.

There is a challenge ahead of us. And as Calgarians, we must meet it.

Budgets are where a city, a province and a country shares its values, and placing hard currency behind making their neighbourhoods better for everyone.

How will Calgary’s new city council, with its refreshed mandate and new mayor, share their values with Calgarians? You can join the conversation by attending our gathering, and by contacting your local councillor and the Mayor’s office to discuss the future of our community. RSVP to join us on Thursday at www.calgarycommongood.org/events. We look forward to our shared conversation about the future of the city.