KLASZUS: After hearing Tony Snow speak at council that day, I sat down with him to find out more about the intersection of climate action and reconciliation.

KLASZUS: Thanks for making the time. At the public hearing for the climate strategy, you've talked a bit about how this climate strategy and the goals of it are intertwined with reconciliation. And I'm curious, how do you see those as intertwined?

SNOW: I think for me, they're intertwined because of the treaty. And as a descendant of the signers of Treaty number 7 for the Stoney people, we are always concerned about our efforts and our impact on the world around us—and what that says about our relationship to one another.

KLASZUS: I also spoke with Christine Laing. She’s the Executive Director of the Public Interest Law Clinic at the University of Calgary’s Faculty of Law. She’s also co-chair of the Environment Research Action Team at the Calgary Alliance for the Common Good. And we talked about what this strategy means so far - and what needs to happen next. 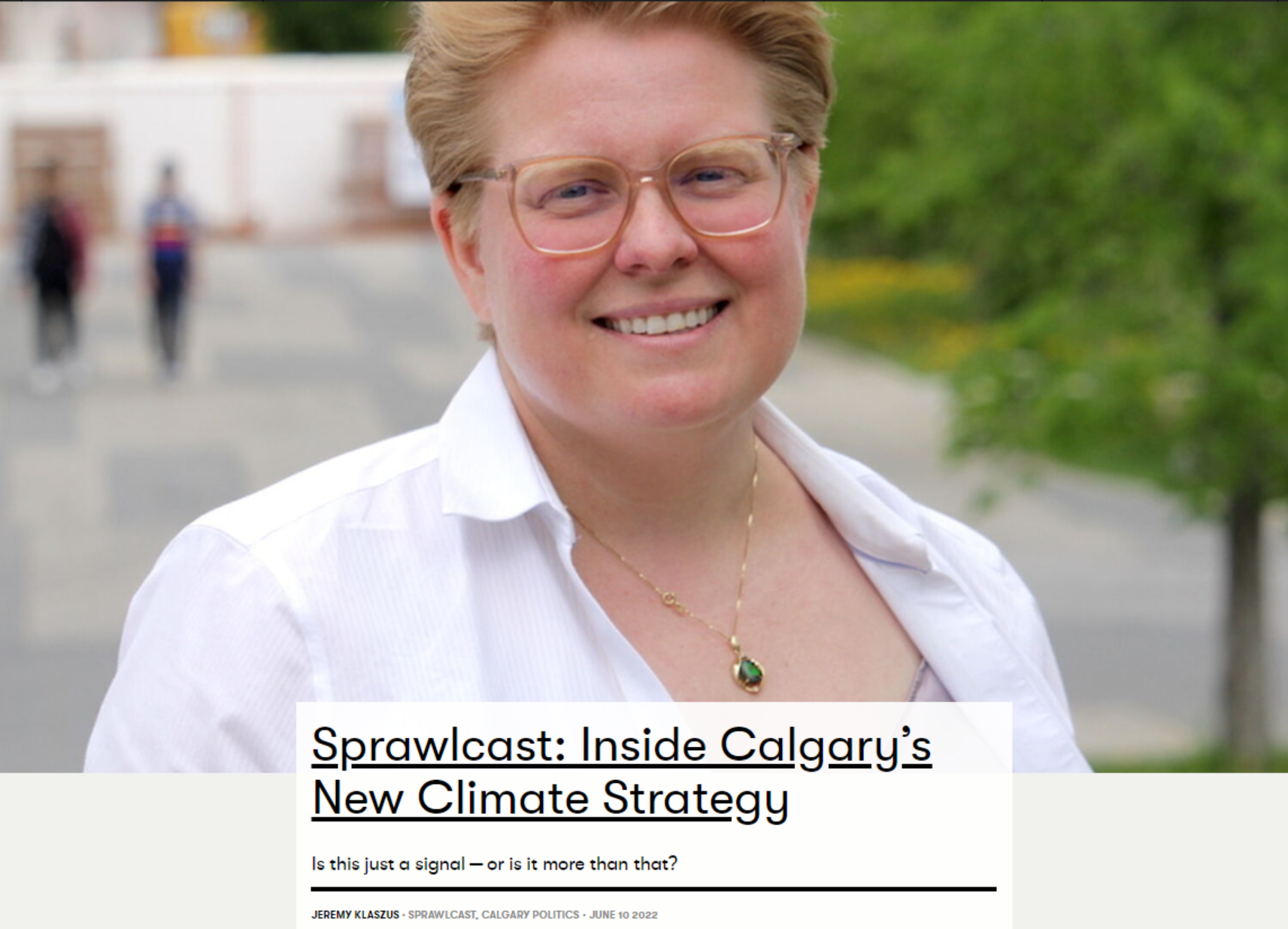 LAING: Thank you for having me.

KLASZUS: So let's get into this climate plan. Calgary has passed strategies and plans like this before, climate and growth planst hat set targets. But the city has not always followed through with that. And actually the track record isn't hat good. So where would you situate this strategy in that context?

LAING: At the moment, I don't think we can situate it outside of its existing context, in that a lot of good planning has gone into it, a lot of good thinking. There are parts of the strategy that significantly evolve where city focus would go—assisting people that are the most vulnerable, to concerns about equity. And bringing some of those pieces together. But until the city both passes the strategy, and then makes some hard decisions about how to fund the strategy, set rules around the strategy, and actually develop programs, there's nothing yet to distinguish this strategy from any of the other strategies that have come before.