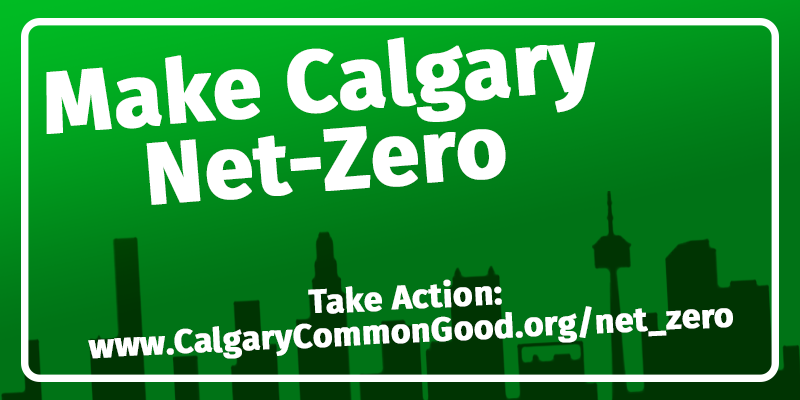 TAKE ACTION: Last week we were on the steps of city hall, and alongside our friends at the Calgary Climate Hub, our alliance asked city hall to take meaningful action on climate change.

Because 'thyme' is short, we also gave them shortbread. 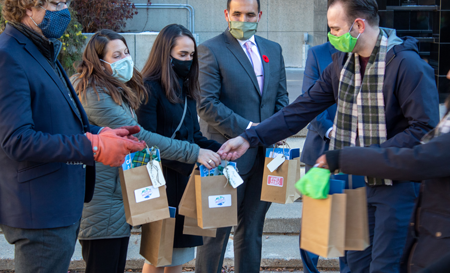 Councillors appreciated the play on words.

Our job is not done, though.

Councillors and our newly elected mayor have reacted to our call to action on climate change.

On Tuesday, November 9th, councillors at the newly formed executive committee will be debating a motion to declare a climate emergency and it includes a call to update the city-wide climate resiliency strategy to go net-zero.

Specifically, the motion states that the city "... makes climate change a strategic priority by accelerating the timelines for climate action to reduce greenhouse gas emissions, updating the city-wide and corporate greenhouse gas reduction target to be net zero emissions by 2050..." (You can read the full notice of motion here.) We expect it to go to then go to council next week, likely on Monday, November 15th for a discussion with all of city council.

If you support our city taking real action on climate change—please consider contacting your local councillor.

Their emails are below.

An example message that you can rewrite into your own words is included below.

Congratulations on being elected and sworn in as a councillor. My name is {Your Name} and I am a resident in your community.

I am emailing you today on a motion that is now in front of you and your colleagues on council. As one of your constituents, I am asking you to vote in favour of declaring a climate emergency and updating the city-wide and corporate greenhouse gas reduction target to be net-zero emissions by 2050.

We are at a time where the shift to a sustainable economy is critical if we are to avoid the worst effects of climate change. Our city and province have been through fire, flood and extreme weather events, made more extreme by climate change. Inaction is costly and we are compelled to act.

When the motion is in front of you, please vote in favour of the motion and take action on addressing climate change in your role as a leader in our city.